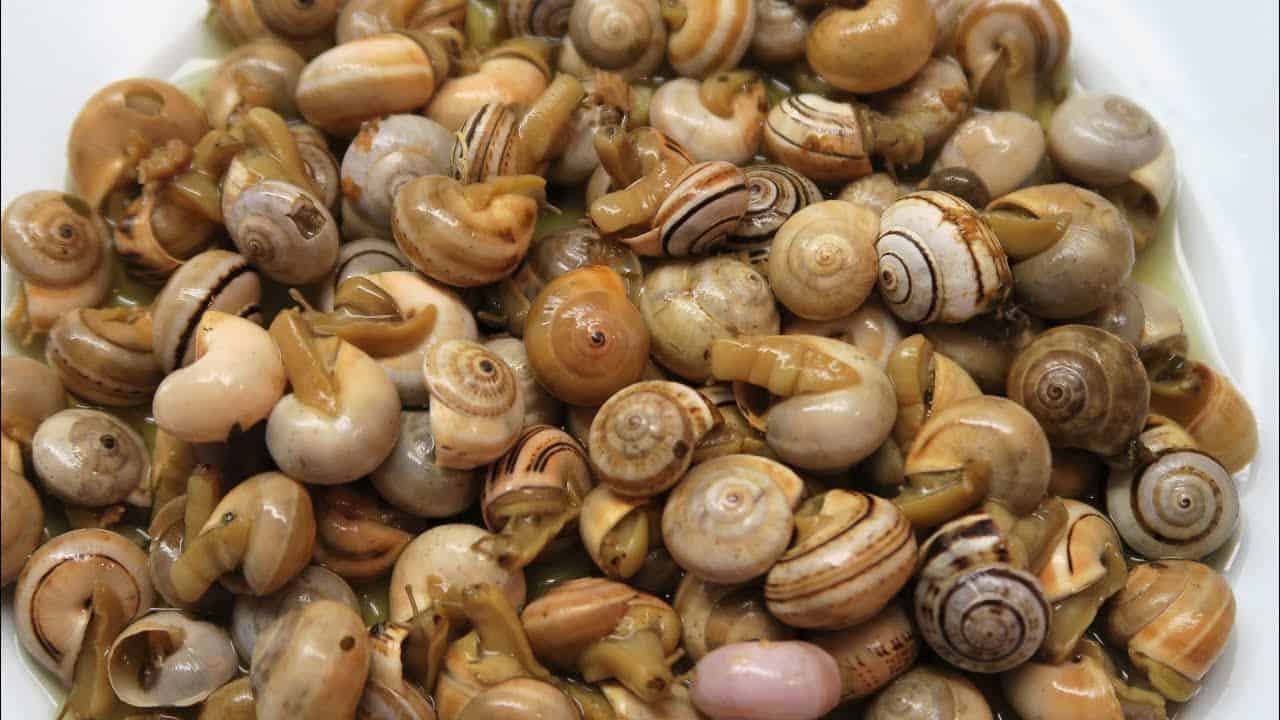 The snail is a delicacy in Portugal and every May they celebrate them with the Festival do Caracois!

Snails in Portugal are really good. Snails are flavoured with olive oil and/or butter, garlic, piri-piri sauce, and a lot of oregano. Some restaurants will add extra ingredients but this list covers the basics, and the little creatures take on the flavour from their sauce.

Come May, locals begin looking around for signs claiming ‘há caracóis’ (there are snails). after a week or so, it seems like every small restaurant, known as a tasca, has that sign or another, ‘temos caraóis’ (we have snails). Even the larger restaurants and some cafés (especially trendy, seaside cafés) will sell snails. Actually, the entire country seems to go snail crazy.

Eating caracóis is a social affair. Either as an appetizer before a meal, as a late afternoon snack alongside a happy hour drink, or as an addictive bite while watching a sporting event and drinking beer.

They probably sound like escargot, but Portuguese snails are a bit different than those served in France. First, caracóis are rather tiny, and even caracoletas or larger caracóis are generally smaller than escargot. Second, these tasty little bites are drowned in broth as opposed to dry herbs or sauce. And don’t confuse them with periwinkles (which are also served in Portugal, but maybe not with so much gusto); caracóis are land creatures while periwinkles are marine intertidal.

The Portuguese love them so much that bags are even sold in the grocery store. Before being brave and picking snails to try cooking them at home, keep in mind that they’re thoroughly rinsed and cleaned before hitting the pot.

You can find out about our native edible snails in the UK.