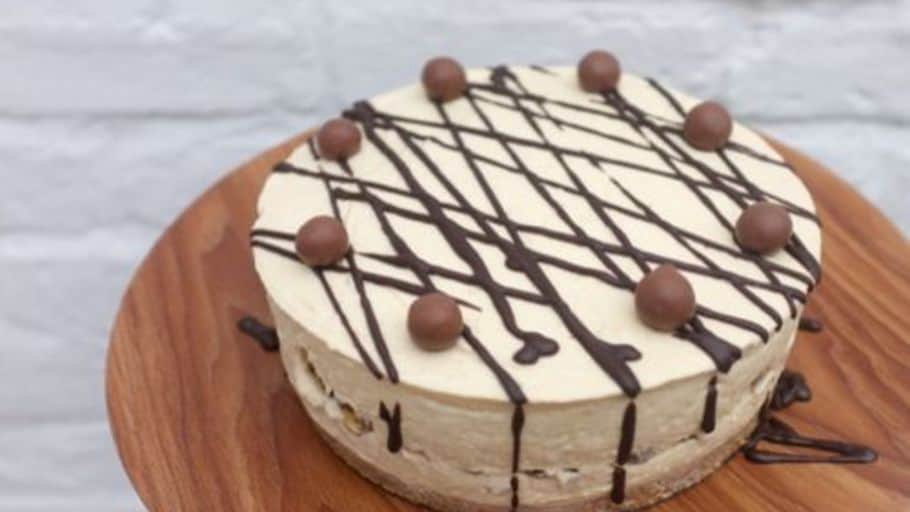 An easy to make no bake cheesecake with Baileys Irish Cream liqueur topped with Maltesers.

If you take a basic cheesecake recipe, add some chocolate, Maltesers and some Baileys Irish Cream you get something a little bit magical.

Baileys is a relatively new addition to the world of liqueurs, only on sale since 1971. It came about because of excess alcohol from a money-losing distillery, and an excess of cream because of consumers switching to semi-skimmed milk. The original formula used chocolate milk flavouring powder from Nestle’s Nesquik.

Maltesers were invented in England by an American, Forrest Mars in 1937. Initially aimed at women as a slimming aid, as of 2020 they are now the UK’s most popular confectionary.

Despite being invented by an American, Maltesers only went on sale in the USA in 2017.

I was not a fan of unbaked cheesecakes until I met my wife, but she made this and I was a convert.

Cheesecakes have existed since the time of ancient Greece, but what we know as a cheesecake has only been possible since 1872. American William Lawrence was looking for a way to recreate the French soft cheese Neufchâtel. By accident he made an unripened cheese that is heavier and creamier, hence cream cheese.

If you like cheesecakes, then try the Baked Raspberry Cheesecake. It’s more involved and time consuming but well worth it. 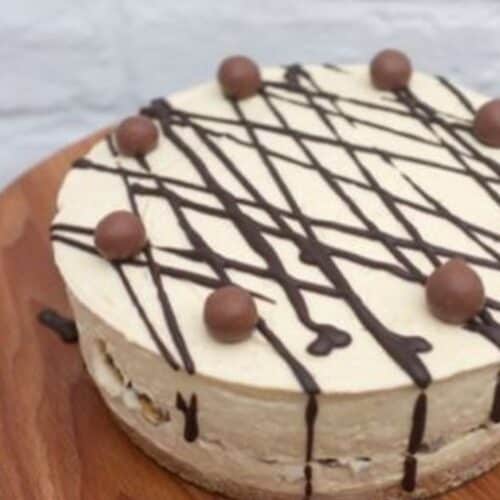