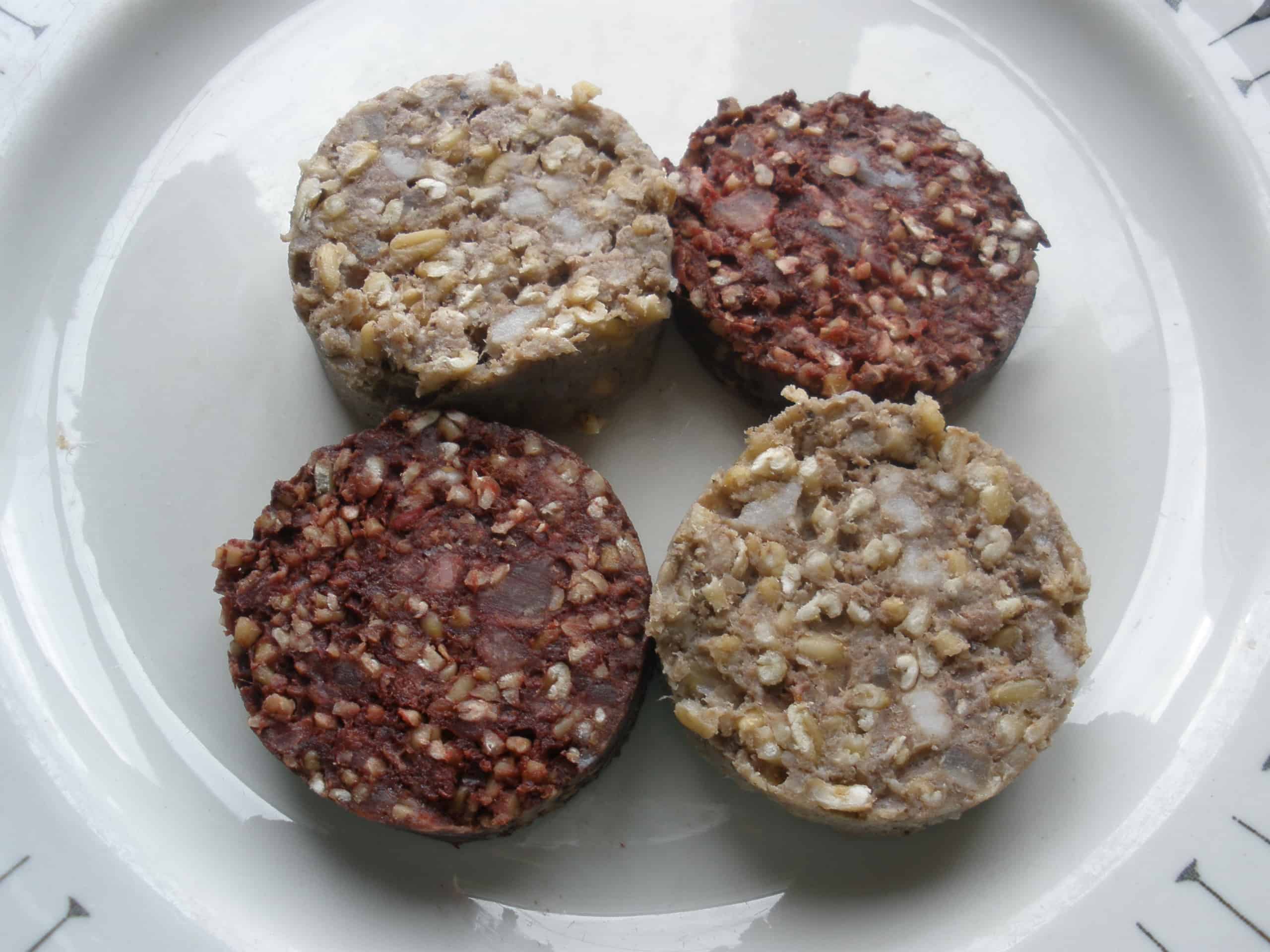 My wife’s parents were Irish, mother from Dublin and father from Newry, lived in London, and following regular visits “home” would always return with some genuine white pudding in their suitcase.

Their return was looked forward to with great excitement and no sooner had the suitcase been opened, the frying pan was on and white pudding on toast was being devoured with great pleasure.

Black pudding (blood sausage) may be more popular worldwide, but white pudding is very popular in Ireland and an important part of an Irish breakfast. White pudding is similar to black pudding, but it contains no blood—only pork, spices, and usually oatmeal.

Clonakilty black and white puddings from County Cork are our preference with quite a peppery taste. They have been making black pudding since the 1880’s using an unchanged recipe to this day. Their white pudding is a relatively new addition only sold since 1986.