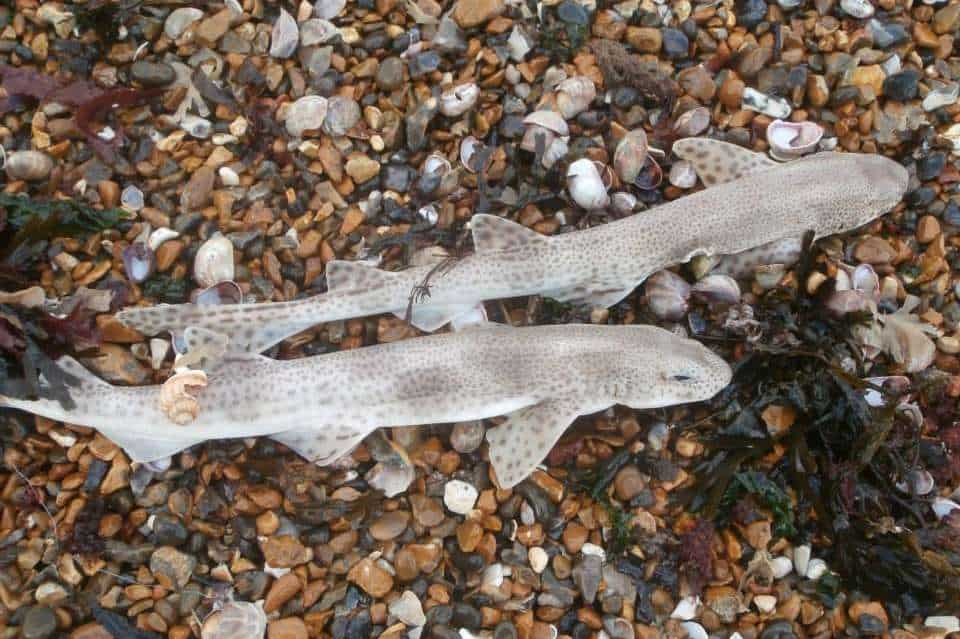 I have a reputation with my fellow anglers for being somewhat prone to catching the lesser spotted dogfish. Scyliorhinus canicula is a member of the shark family.

Don’t confuse dogfish with its big brother the bull huss or nurse shark. The fishing industry uses a clever marketing trick to sell huss in our fish and chip shops as ‘rock salmon’.

Regarded as a pest by most anglers, and an unwanted by-catch by commercial fisherman, however. It seems to turn up on my hooks on a far too regular basis.

No matter where or when I fish in the UK, by boat, beach or on a pier. Spring, summer, autumn or winter, up they come, especially after dark.

Easier said than done, dogfish needs skinning prior to cooking. It involves a very sharp knife and a pair of pliers. Alternatively cut the fish into sections, after removing the head, fins and innards. Blanching the sections for a while in a pan of simmering water, allows the skin to be peeled away easily.

Common to all the shark family, the flesh can have a slight smell of ammonia. However, you can eliminate this by either freezing the raw skinned sections or blanching as above.

Anyone who has had a dogfish twist around a bare arm knows how painful that can be. Drying or tanning dogfish skin produces a sandpaper type material which has been used for centuries.

In fact, a 1989 microscopic examination of the 1715 ‘Titian’ Stradivarius violin found compelling evidence that dogfish skin had been used to burnish at least one of the ribs.

Rather disgustingly, techniques for tanning the skin often involve soaking in urine.

Most recipes for fish in the UK concentrate on the popular varieties that are on our restaurant menus.

In my travels, the only restaurants that have the lesser spotted dogfish on the menu have been in the Canary Islands. They serve tollos, sun-dried strips of dogfish, with a red mojo sauce and wrinkly potatoes.

Dogfish has a strong flavour unlike alot of the delicately flavoured white fish like cod or haddock. This makes it well suited to sauces which would overpower other fish varieties.