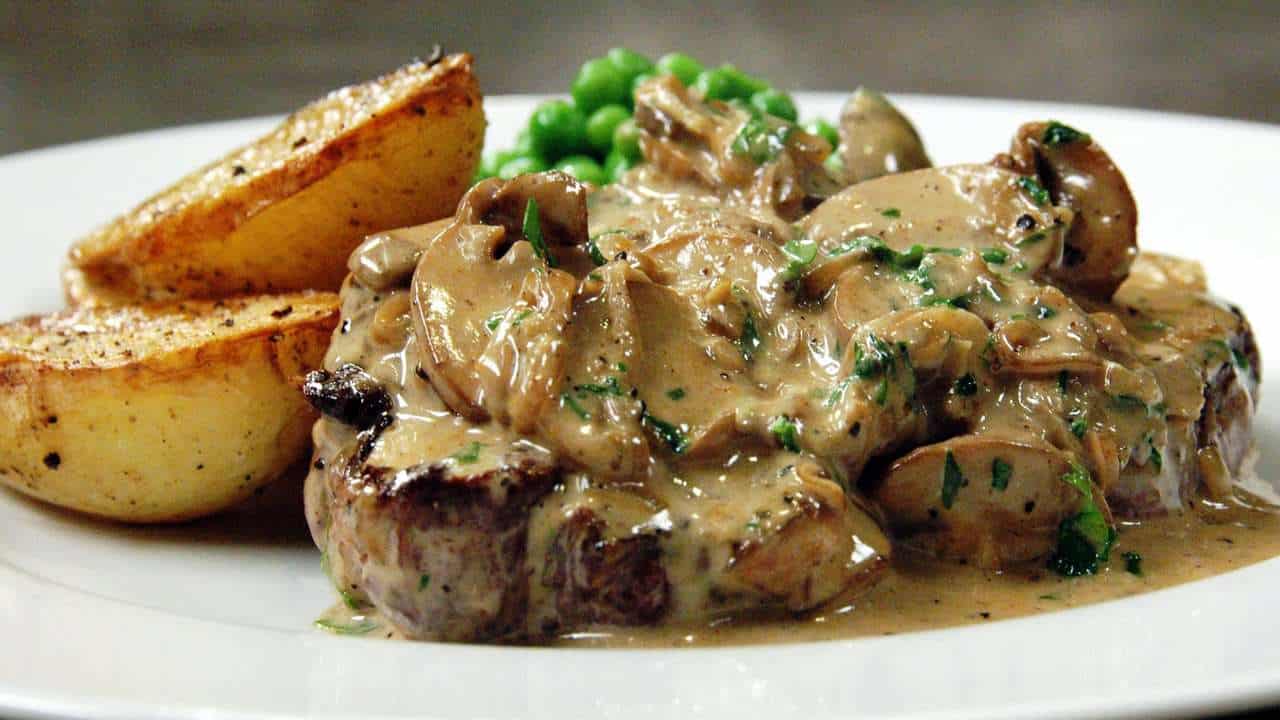 Fancy a retro-style steak Diane? This recipe will take you straight back to London cuisine of the 1960s.

From what I can find out, steak Diane claims to have been invented in London in the 1930s? It became very popular and spread through the English-speaking world. After World War II and through the late 1940s, countries as far afield as Australia was enjoying this fashionable dish.

Cooked table side and flambeed, it was “very continental”. This meal could be found on most fine dining menus through the 1950s and 1960s.

This is not to be confused with steak au poivre (steak with pepper) a French creation where traditionally a fillet mignon steak is first laid on a bed of cracked black peppercorns before being seared in a hot griddle pan with butter and oil to form a crust.

But who is this Diane?

Romano’s maître d’hôtel, Tony Clerici, said he invented it in London at his Mayfair restaurant Tony’s Grill in 1938 and named it in honour of Lady Diana Cooper.

If you want to see one of the world’s top chefs make steak Diane look no further than the master himself, Gordon Ramsey.

There is no point trying to reinvent the wheel with this steak Diane recipe, its a classic, its straightforward and to do it properly you need to be organised with everything to hand.

🔥 Warning! Take care when igniting alcohol in a hot pan, stand well back and light at arms length. 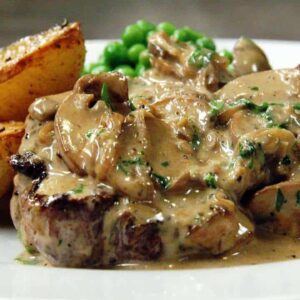 Green Peppercorn Sauce
No ratings yet
Great with steak, salmon or chicken breast.
Check out this recipe

What is steak Diane sauce?

Why is it called steak Diane?

Romano’s maître d’hôtel, Tony Clerici, said he invented it in London at his Mayfair restaurant Tony’s Grill in 1938 and named it in honour of Lady Diana Cooper.

Is steak Diane the same as steak au poivre?

From This Recipe Book

This recipe is taken from the The Hairy Bikers Meat Feasts by Si King & Dave Myers.