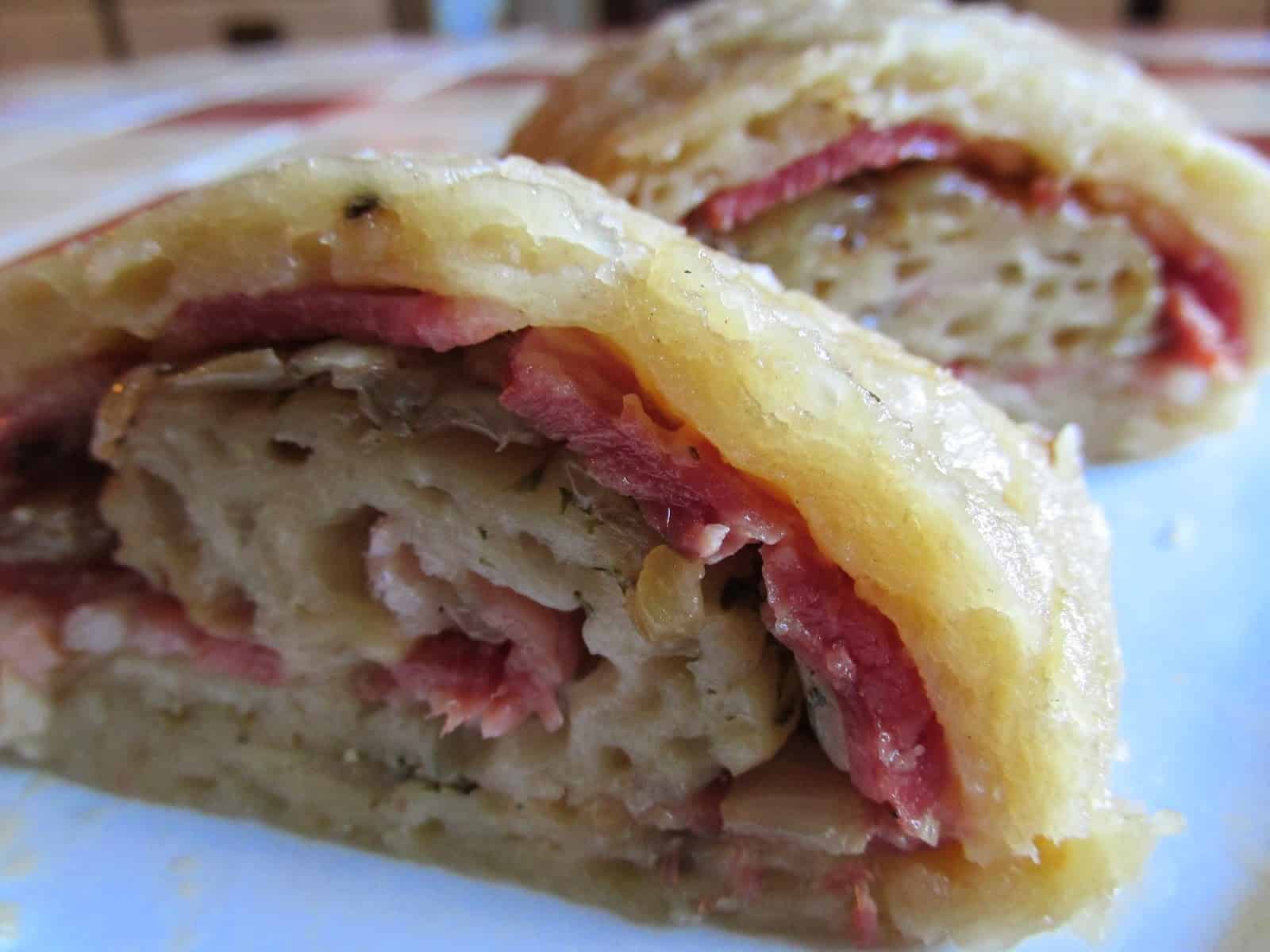 Bacon and onion roly-poly pudding is a classic British family favourite from the 1960s.

I have very fond memories of my grandmother’s cooking. She was a very traditional cook and my childhood dinners were good old British standards like shepherds or cottage pies and suet puddings like this one or steak and kidney.

I think that her choices were influenced by wartime rationing which only stopped in the UK in 1955. The need to provide filling, substantial meals with limited ingredients means using what is available.

Children who cleared their plates would get dessert (aka pudding), confusing I know! Granny’s apple crumbles with lashings of hot custard were legendary.

Anyhow, let’s get back to the roly-poly pudding!

Really easy to make and only simply seasoned, give it a try.

I seem to remember my Granny making it using leftover boiled bacon. The meat was definitely in chunks rather than thin strips. The next time we have boiled bacon, mash and cabbage (my wife’s Irish so it’s only a matter of time), I will try it and let you know.

This is a real tummy filler. Serve it up sliced with new potatoes, peas and gravy for a nostalgic treat! 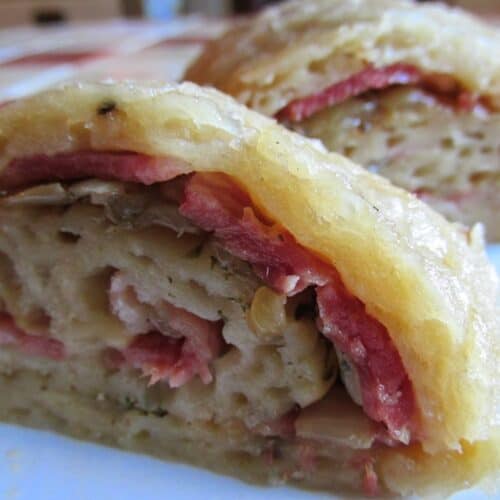 What is beef suet?

Beef suet is the hard crumbly fat from around a cow’s kidneys.

What is suet pastry?

A suet pastry is a dough that combines suet and flour with a bit of milk or water. It can be made sweet or savoury by adding sugar or salt.

Where can I buy suet?

Suet can be found in the baking aisle. Modern suet is treated and dusted with a bit of flour to keep the shreds from sticking together.

How many calories are in bacon and onion pudding?

My bacon and onion pudding has 468 calories per serving.

Atora is a British brand of suet.

Are suet and lard the same?

No. Suet is the hard fat from around cows’ and sheep’s kidneys whereas lard is a soft fat from pigs.

What can I use instead of suet?

Suet is fat, so other fats like lard or butter can be used. The main benefit of using suet is its higher melting and burning temperature.