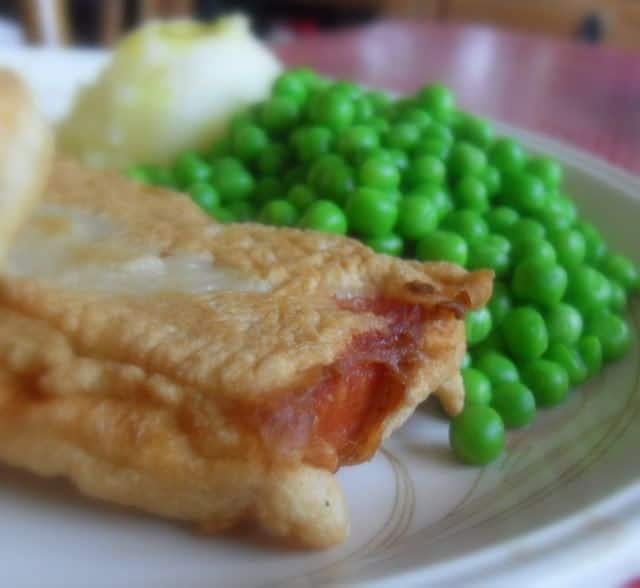 Let’s go back in time to World War II. Fish was unavailable so we Brits made SPAM fritters instead for our weekly deep fry with chips.

SPAM is canned pork luncheon meat made in the USA by Hormel, introduced in 1937. It became popular during WW II because of the difficulty in getting fresh meat to front-line troops. Wherever US troops served it became popular with the locals and part of their diet.

SPAM became so deeply embedded in British culture the Monty Python team even wrote a song about it!

They went on to produce a musical called Spamalot, a stage version of the film Monty Python and the Holy Grail. A very tongue-in-cheek take on the Arthurian legend.

The billionth can of SPAM was sold in 1959, the year I was born.

In 2006 pre-packaged SPAM fritters made a return to the shops.

However, SPAM fritters are really easy to make and you can’t beat the taste of homemade beer batter.

If you fancy trying another British classic, have a look at Toad in the Hole. 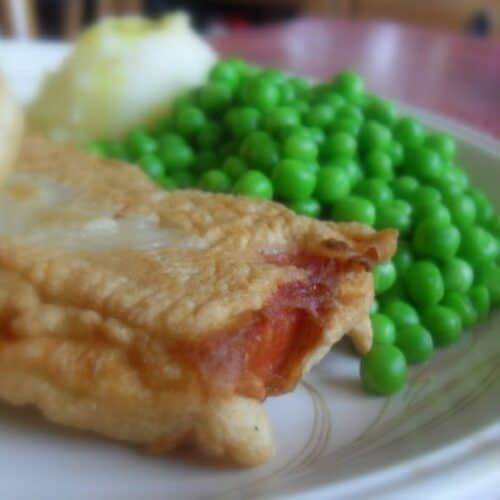 For a truly authentic experience serve your fritters with a helping of mushy peas.

I was first introduced to mushy peas while working in Manchester, North West England in the 1980s. I have to be honest, I didn’t like them then, and I still don’t.

Cumberland Bangers and Mash
No ratings yet
Succulent Cumberland sausages embedded in a pile of creamy mashed potatoes and drenched in a rich onion gravy.
Check out this recipe