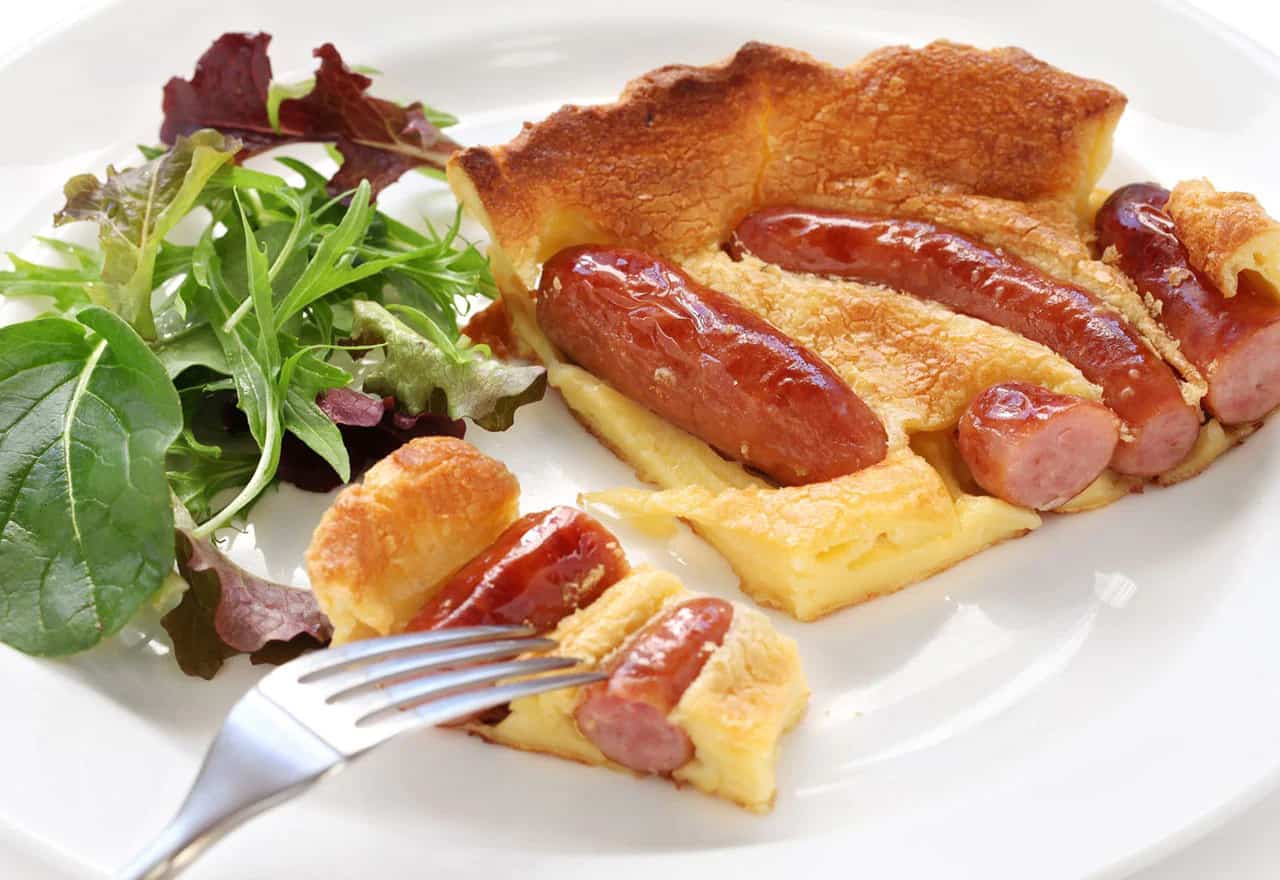 Toad in the hole is a British classic. This version from Lisa Faulkner took my fancy so I thought I would share it.

⚠️ Lets make something clear from the start. This dish does not contain any toads, nor any holes for that matter.

To explain, a little bit of history.

Let’s face it, we Brits have some oddly named delicacies. We have Bubble & Squeak and Spotted Dick, but Toad-in-the-Hole really takes the biscuit for bizarrely named food. Plenty of tales and speculation exist for how this dish got its name, but are any of them actually true?

Dating back to the 18th century, it is widely assumed that toad-in-the-hole was created as a way to stretch out meat in poor households. Large families had to bulk out what little meat could be scraped together with cheaper ingredients. Invented earlier that century, Yorkshire pudding and batter-based dishes were a popular way of filling the family at a low cost. By combining meat (rump steak, pigeon and kidneys were all suggested prior to the use of sausages) with a filling batter and a tasty gravy, you could cook a tasty and affordable meal.

The first reference to the dish by name is in a book named A Provincial Glossary published in 1787, although it is also referred to as ‘meat boiled in a crust’ in the book. Perhaps the most important mention, however, is in Mrs Beeton’s iconic Book of Household Management, first published in 1861. Following on, several recipes suggest different meats which can be used to make Toad-in-the-Hole, including beef, kidneys and mutton. Although the dish is mentioned in various other cookery books in the same era, the only reference to its name is in 1900, in a publication called Notes & Queries that refers to a “batter-pudding with a hole in the middle containing meat”.

Unsurprisingly, no record can be found of a dish ever being baked with toads as a substitute for meat. The reference to toads is believed to be referring to the similarity in appearance to toads lying in wait of prey in their burrows, their heads visible against the earth. Considered unsavoury creatures, toads are not at all something that would whet the appetite. Perhaps the mention of toads was a tongue-in-cheek comment that for some reason stuck.

A tale exists that may explain the origin of the name, but this may be nothing is more than a local legend. Some say that Toad-in-the-Hole originates from the town of Alnmouth in Northumberland. Natterjack toads had overrun the local golf course. During a golf tournament, a golfer putted his ball only for it to leap back out. An angry toad raised its head, peering out of the hole that it had been sleeping in. The chef at the hotel the golfers were staying in devised a dish to resemble this humorous moment, baking sausages in batter to appear like toads poking their heads out of the golf holes. Thus Toad-in-the-Hole was born!”

Recipe – Toad in the Hole 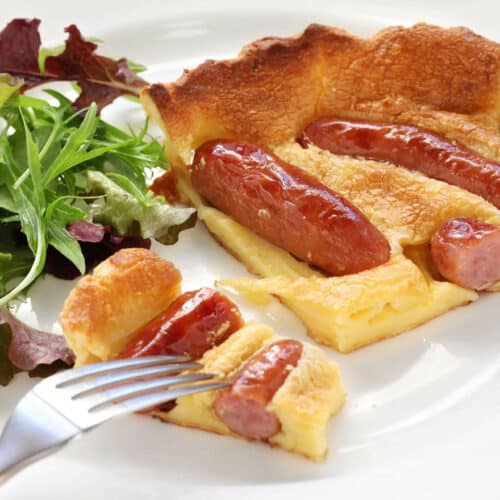 Toad in the Hole

Cumberland Bangers and Mash
Succulent Cumberland sausages embedded in a pile of creamy mashed potatoes and drenched in a rich onion gravy.
Check out this recipe