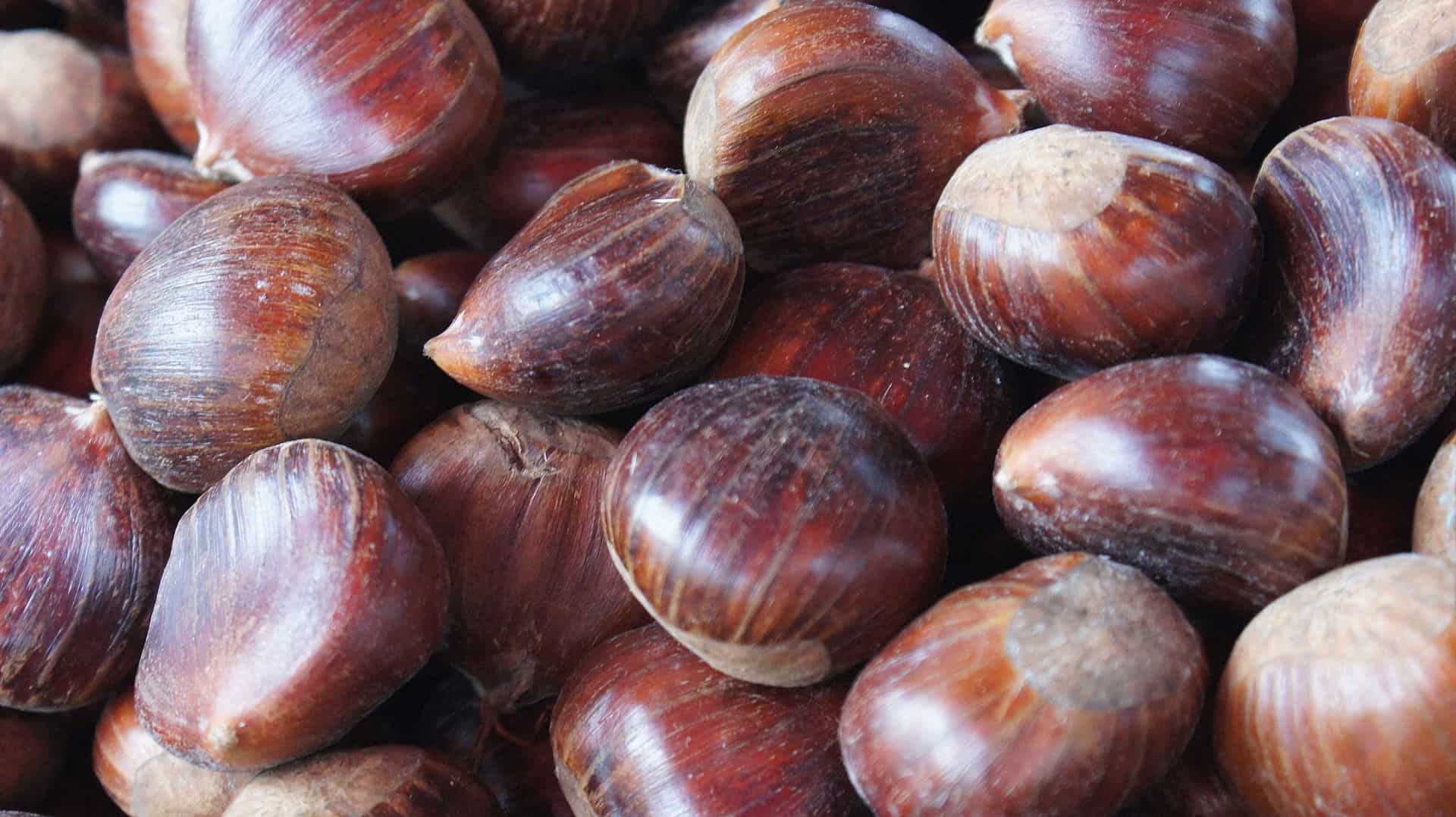 Immortalised in ‘The Christmas Song’ by Nat King Cole, “Chestnuts roasting on an open fire …” they are part of Christmas tradition.

Visiting Trafalgar Square in London to see the Christmas tree is a family tradition going back to my own childhood. Donated annually from the people of Norway to the British people, the tree is given as a thank you for aid provided during the second world war.

The smell of roasting chestnuts, originally over an open brazier, now gas fired is irresistable.

Sweet chestnuts (Castanea sativa) were introduced to the UK by the Romans 2000 years ago. Native to, and widely consumed, across Southern Europe since ancient times (its origins are in ancient Greece), the sweet chestnut has been a staple food (especially in Italy) for millennia.

FACT: There are 52 sweet chestnuts dating back to the mid-1600s in London’s Greenwich Park. They were planted in avenues by André le Nôtre for King Charles II. The largest has a girth of 7.26m.

You can however, quite easily recreate these nutty treats at home. 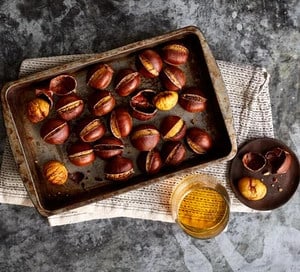 Calories: 16kcalCarbohydrates: 4gProtein: 1gFat: 1gSaturated Fat: 1g
Tried this recipe?Let us know how it was!