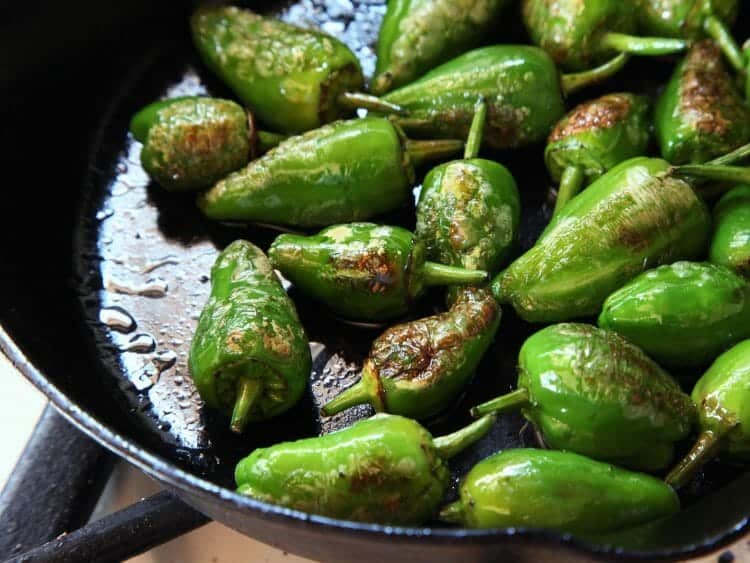 Any decent tapas bar or restaurant will have pimientos de Padrón on the menu. I am a great fan of the tapas-style of eating. I feature a selection of tapas dishes here at Grandads Cookbook.

Pimientos de Padrón are small, bright green peppers that come from Padrón in Galicia. Historically grown there in northwest Spain, since 2009 it is a protected brand.

They’re usually mild in flavour, with low levels of capsaicin. Every once in a while, however, you’ll bite into one that’s surprisingly spicy, making the act of eating them even more exciting.

The heat of chilli peppers is measured on the Scoville scale using SHU units.

Padron peppers vary between 500-1000SHU. It’s like a culinary form of Russian roulette.

In the last couple of years, Padron peppers have become available to buy here in the UK. They can be found in most of the leading supermarkets.

This year I am going to try growing my own peppers from seed in containers. I have ordered my seeds from the South Devon Chilli Farm in Loddiswell, Devon.

Later in the year I will update you on my success or failure with the peppers. 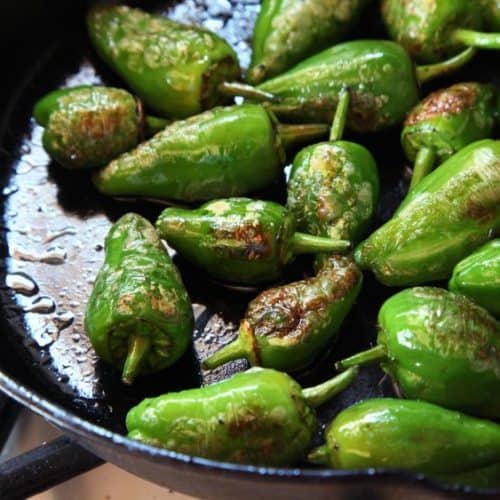 Calories: 22kcalCarbohydrates: 4gProtein: 1gFat: 1gSaturated Fat: 1gFiber: 2gSugar: 2g
Tried this recipe?Let us know how it was!
Spanish omelette with courgette
A tasty classic Spanish omelette
Check out this recipe